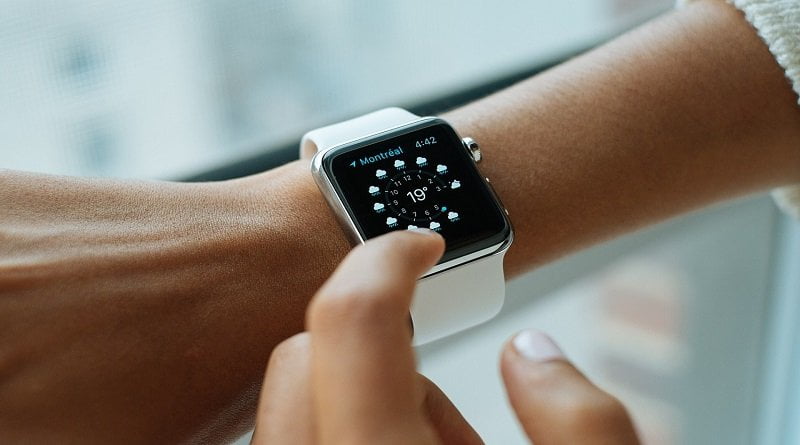 It was a match made in heaven when fitness met electronics and combined the idea of being sleek and functional. The result of this cauldron’s mix was wearable devices. These devices made it easier for the wearer to keep track of fitness goals without the added stress of figuring out the intricacies of the device.

It is thus no surprise that brands like Apple and Samsung have consistently tried to outdo each other in creating the sleekest and the neatest. However, the focus of this article is not the usual rivals, but rather how the Fitbit device compares to Apple’s Watch.

Each device is designed to help the user attain fitness goals. They do so by firstly facilitating the recording of the said goals and historical records of what you have done (or failed to do) are maintained, talk about added motivation! The Apple Watch also has the added feature of reminding the user of extended periods of inactivity, thus if your conscience does not do the trick, the Apple Watch most certainly will.

However, Fitbit definitely has an edge in that it designed to detect and measure motions associated with more strenuous exercise, that is exercise that entails more than the usual walking or jogging such as uphill climbs, biking, cardiovascular exercises, strength training and cross training regimes.

It is also worth mentioning that similarities are observed as each device is designed to record to the number of steps taken as well as the amount of calories burned during the period of physical activity on the part of the user. Of course, anyone who is familiar with these types of wearable devices will readily point out that these are considered basic functions of any wearable device that is supposed to assist with fitness.

Not surprisingly, the Apple Watch like its other smart counterparts from the line has its own operating system. Fitbit on the other hand is built for across the OS spectrum and facilitates iOS, Android and Windows users.

However, the Apple Watch is more fashion forward featuring almost 40 different styles (with potential to increase), a variety of colors and all of three editions thus far. Fitbit is less flashy and comes in three different sizes, with the same basic design and materials running throughout. Of note however is that the monochrome Fitbit facilitates battery life of up to five days, something which is very important depending on the user’s schedule and fitness regime.

After all is said and done in relation to quality and features, for some consumers the major (if not only) consideration really is price. In that regard, the Fitbit has the edge over the Apple Watch. The high end Fitbit model, the FitBit Surge costs on average $250 whereas the most Apple Watch stands to go for about $465. It is not very difficult to see the winner of this round.

In the end, the two devices are so comparable that the reason for choosing one over the other may actually end up revolving over considerations such as price and brand preference.

4 Reasons Why You Should Use Mac Cleaning Applications?

Apple is not just a company that offers technologically...
Read more
Gadgets

The Global Chip Shortage: What is it and How to Tackle it?

Why Do Apple Products Have a Good Resale Value?

Since Apple was first founded in 1976, they have...
Read more
Apps & Software

There a few simple pleasures afforded to us by...
Read more
Previous articleLatest Drone from DJI – Your’s Third Eye
Next articleExcel Macros – What They are and How They could Optimise Your Workflow

InsideTechnohttps://www.insidetechno.com/about/
InsideTechno is dedicated to providing quality information about the latest tech trends, gadgets, and cool stuff. We provide honest reviews and guides to help our readers choose the best product for their needs. Our goal is to become an important source of information for everyone who wants to get the most out of the technologies we live with every day.

I was just eating a ham and cheese sandwich when I stumbled upon this site. I don’t know how you do it. But, this place is so fantastic!

I just want to mention I am beginner to blogs and truly savored your blog. Very likely I’m want to bookmark your website . You definitely have incredible article content. Appreciate it for sharing your web-site.

Does your blog have a contact page? I’m having trouble locating it but, I’d like to shoot you an e-mail. I’ve got some ideas for your blog you might be interested in hearing. Either way, great website and I look forward to seeing it expand over time.|